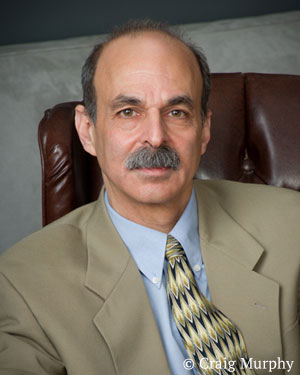 Glens Falls attorney Neil Lebowitz became a lawyer because of a deep interest in American History and a desire to help people solve their problems. As a graduate student at the University of Wisconsin–Madison, where he focused on late 19th century and early 20th century American political and social history, he developed the critical skills he brings to client matters.

These skills were enhanced in law school, where he learned not only to read the law, but gained a greater appreciation of the fact that there are at least two sides to every story—something we all forget on occasion. Neil has continued to enhance his skills over the years through the pursuit of his calling and the continued study of history and other disciplines, including accounting, business and economics, and social psychology.

Neil’s early career took him to California, where he worked for firms involved in business litigation and regulatory law. He worked on matters involving cable television franchises, regulated motor carriers and other transportation service providers, and shippers. Upon his return to Glens Falls, where he was born and raised, Lebowitz began focusing on business and corporate law, municipal law and real estate, and real property tax appeals.

Neil represents clients in both transactions and litigation. In the transactional legal realm, his focus is on planning, risk analysis, and negotiation. In contested matters, he focuses on gathering and sifting and winnowing the evidence in order to prove the client’s case or achieve a just solution.

When not working, Neil likes to watch movies and exercise. As he put it, "I took a film course in college and fell in love with the medium. Motion pictures suspend disbelief; they’re an escape from reality. As for exercise, I starting jogging my senior year of law school. I wanted to quit smoking so thought I’d do something inconsistent with it. It worked. I quit after having failed on previous occasions. Along the way, I learned something else—a healthy body helps make for a healthy mind."

Neil lives with his cat, “Way.”

Lebowitz attended undergraduate school at the University of Wisconsin, Madison, where he majored in history. His honors thesis was on the Great Awakening in New London, Connecticut, a religious revival in the 1740's. After receiving a Bachelor of Arts degree, with honors, he attended graduate school at the University of Wisconsin, Madison and studied American History. Lebowitz received his Juris Doctorate from Washington University in St. Louis, where he served on one of the school’s law reviews.

The following is a partial listing of community organizations that Lebowitz has participated in in various capacities: